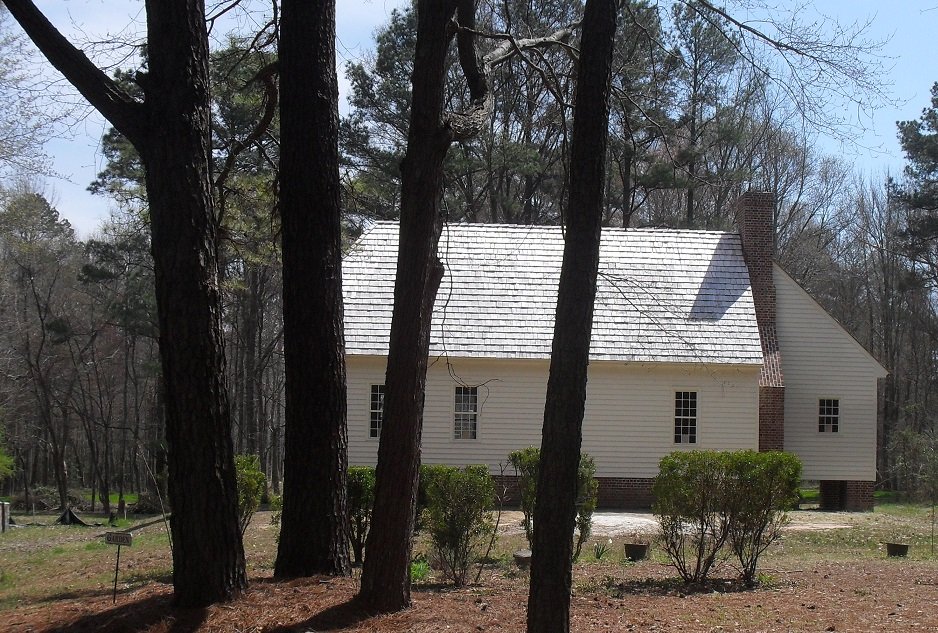 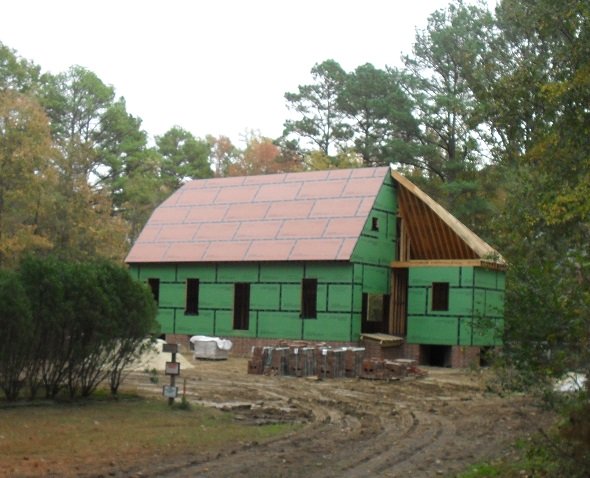 Replica of the Monroe Homestead under construction.

June 2016: VDOT approved a grant for construction at the James Monroe Birthplace site of an interpretive timeline. 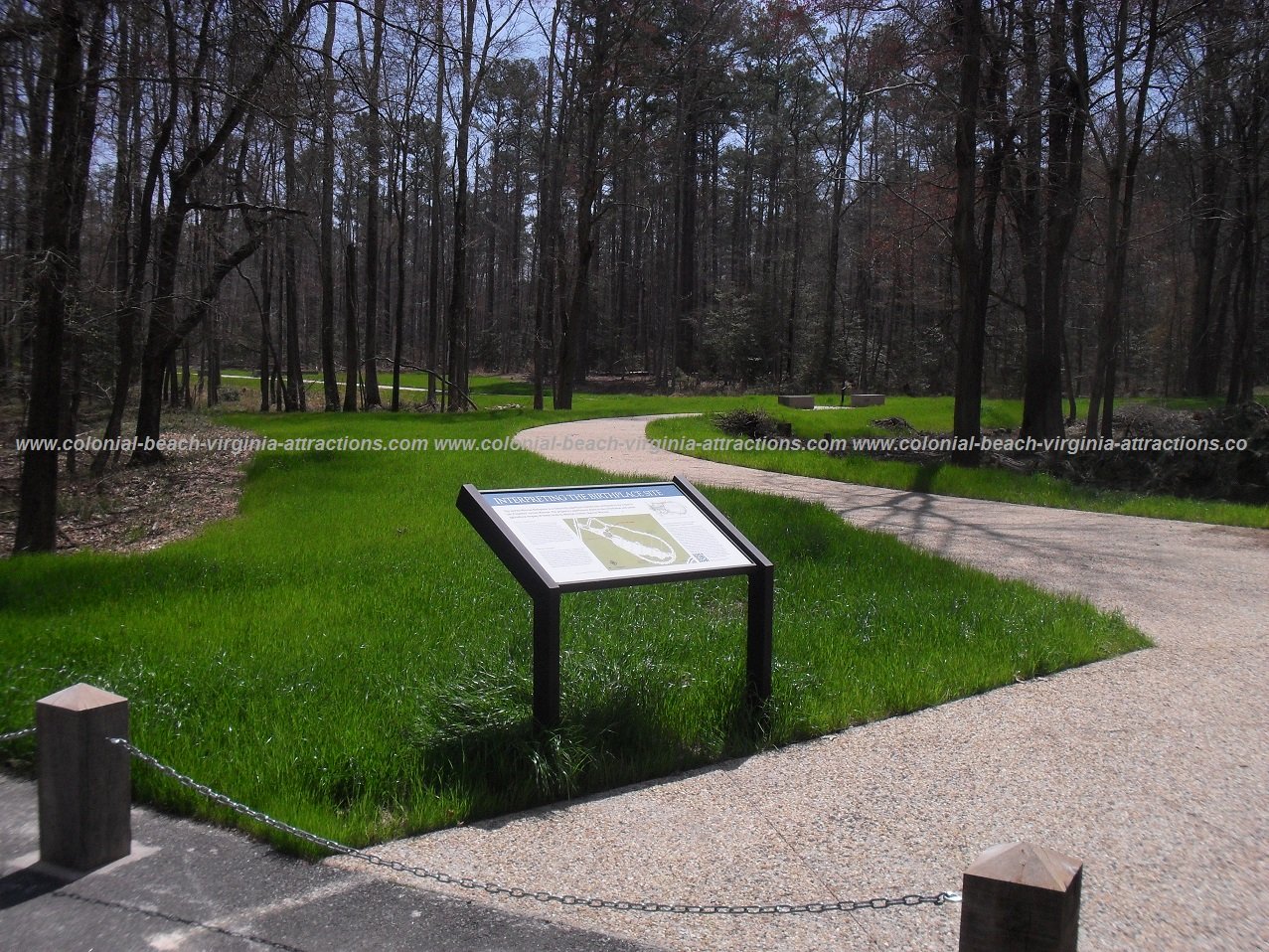 Plans are underway to construct a half-mile long, scenic historical walk!
The Westmoreland County Board of Supervisors, working in conjunction with the James Monroe Memorial Association, the Federal Government and the Commonwealth, has approved plans to complete the James Monroe Historic Project, at a cost of more than $700,000.
Soon to come are the scenic walk (complete with granite historical markers along the trail telling the story of Monroe’s career), a bicycle trail, a canoe launch, benches, an overlook and a picnic pavilion. 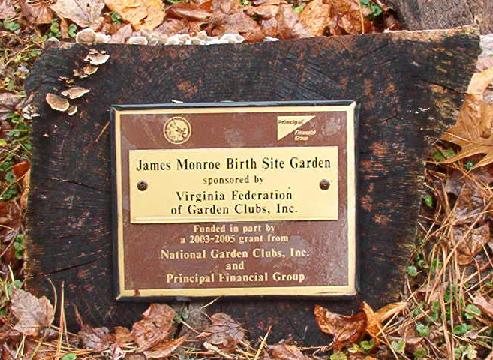 The Monroe Doctrine was a major point of study
in my American History class out on the west coast.
Little did I know that years later, I would be living
in a house located just five short miles from the birthplace
of the author of that program, former President of the United States, James Monroe.

He was born here in Westmoreland County on April 28, 1758, within eyeshot of what was later to become the Town of Colonial Beach. 500 acres of land and a 20-foot by 58-foot four-room dwelling is not only where Monroe was born, but where he spent the first sixteen years of his life working the farm until he left to pursue an education at The College of William & Mary. It was that college who in 1976 began the archaeological survey of the James Monroe Birthplace and uncovered the ruins of the Monroe family home, a rough-cut wooden farmhouse with a few outbuildings.

Laurence Gouverneur Hoes (great-great-grandson of James Monroe) and his wife, Ingrid Westesson Hoes, established the James Monroe Memorial Foundation back in 1928. Laurence had always hoped the Foundation would acquire the farm and reconstruct the Monroe family home, barn and outbuildings as an interpretive area to highlight the modest beginnings of a great United States President. On April 4th 2005, Westmoreland County signed a 99-year lease with the Foundation which will allow them to restore the Birthplace farmhouse, establish an educational visitor center, and remain the faithful steward of the Birthplace farm. 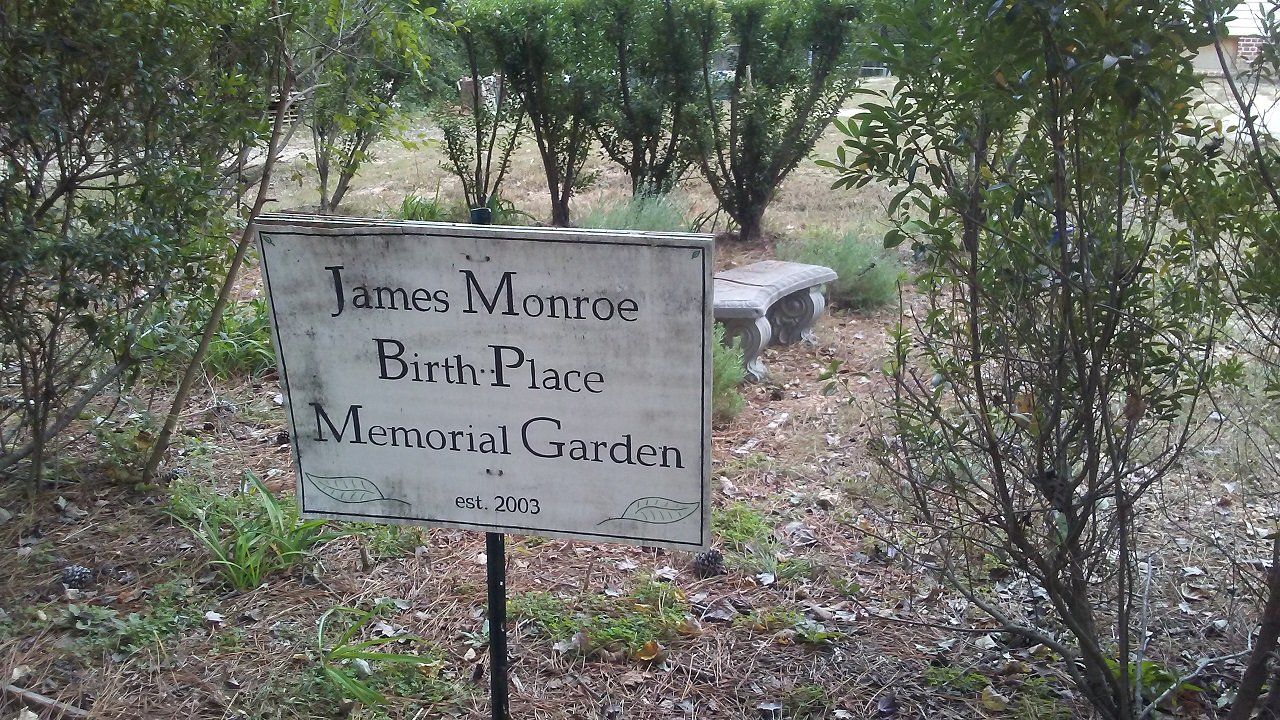 The site was done-up recently, just in time for the 250th anniversary of his birth. What used to be a driveway and a flagpole now consists of a parking area, historical markers, and an 18th-century garden planted by members of the Virginia Federation of Garden Clubs. The Boy Scouts even built a canoe launch on the creek.

So just who was James Monroe? A very underrated President who came from humble beginnings. He was one of five children of Virginia natives Spence Monroe and Elizabeth Jones.

At 16, Monroe entered the College of William and Mary. Shortly thereafter, his father died and his uncle, Judge Joseph Jones became his guardian and covered the cost of his education. In 1775, he left college to fight in the Revolutionary War. 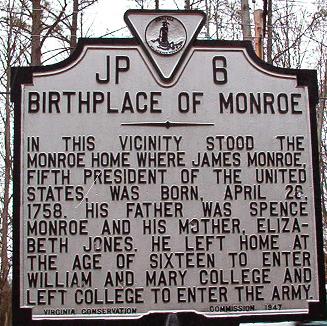 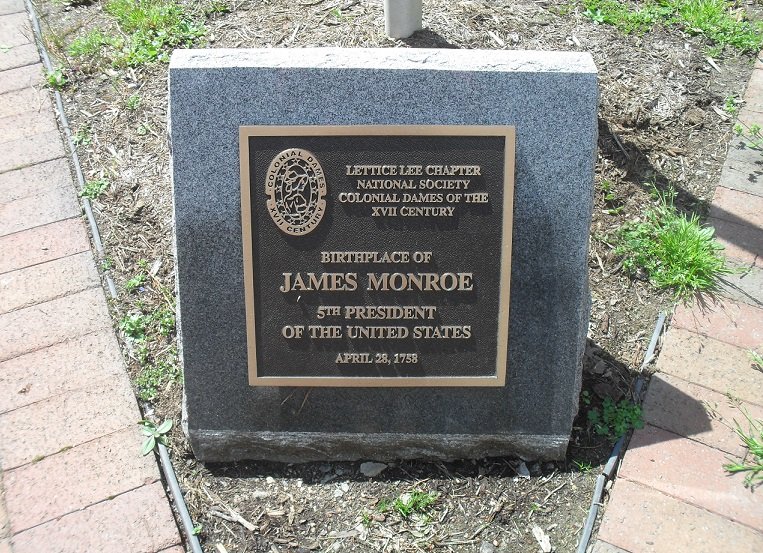 Site Location: From Colonial Beach, take Rt. 205 east towards Oak Grove. It will be on your left after about a mile. Look for the "Road to Revolution" sign.

Return from James Monroe Birthplace to Things to Do & See