The annual Miss Colonial Beach pageant is held in June, on the same weekend as the Potomac River Festival.

Girls from the ages of 16 to 20 who have never been married or had a child may apply. Contestants participate in the Firemen's parade, and the contest is held directly afterwards. The winner rides in the Potomac River Festival Grand Feature Parade the next day. 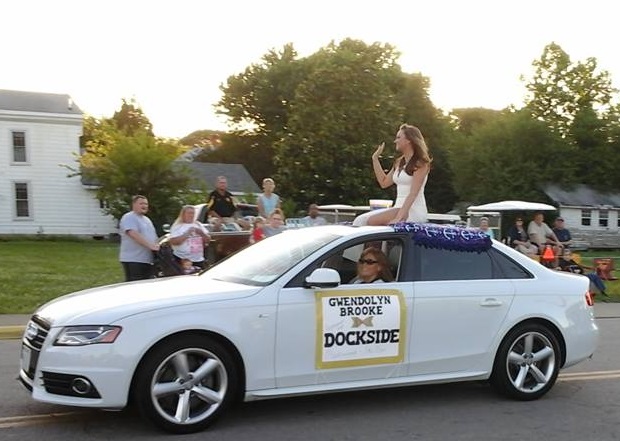 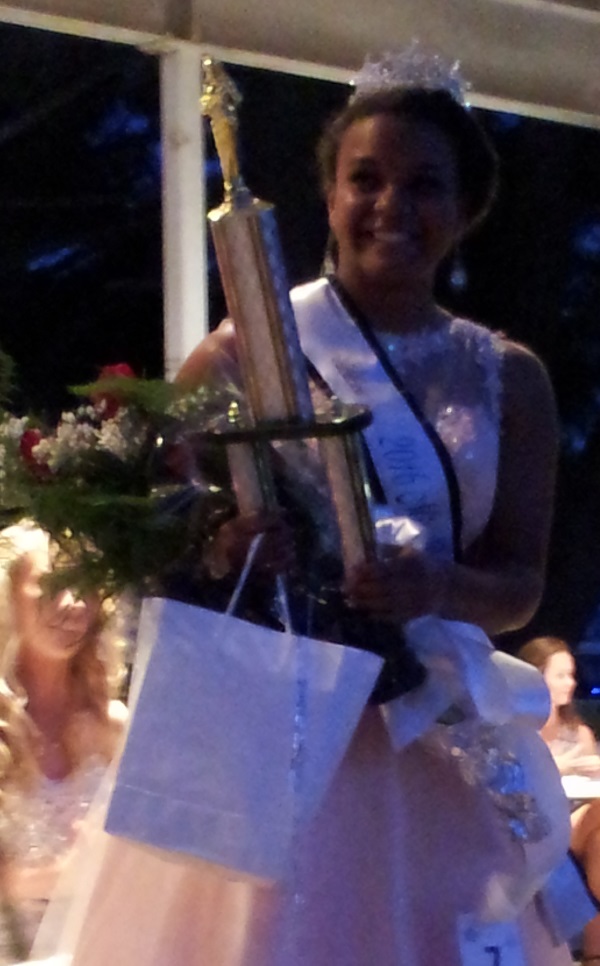 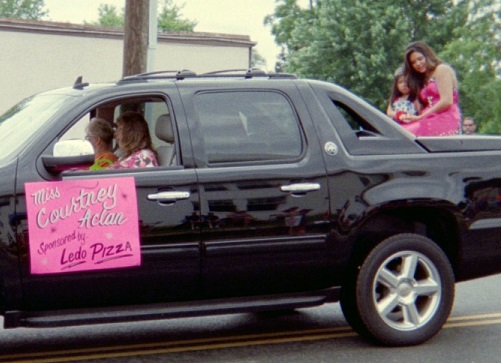 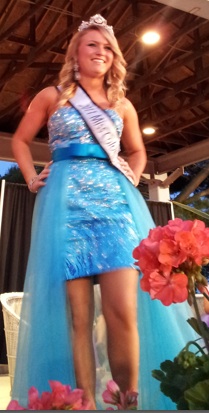 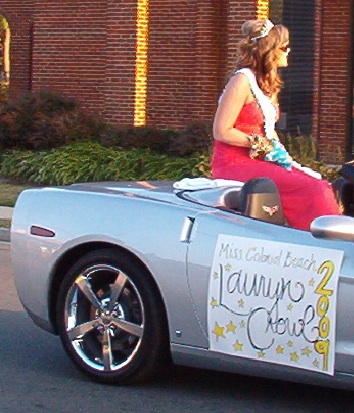 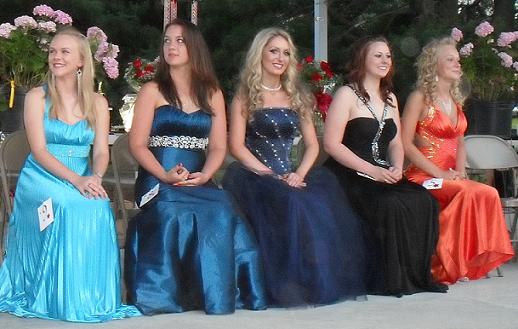 The 2013 Miss Colonial Beach pageant was rescheduled to Saturday, June 8th due to weather. It immediately followed the Grand Feature parade and took place on the Town Stage. All pageant participants rode in the parade. 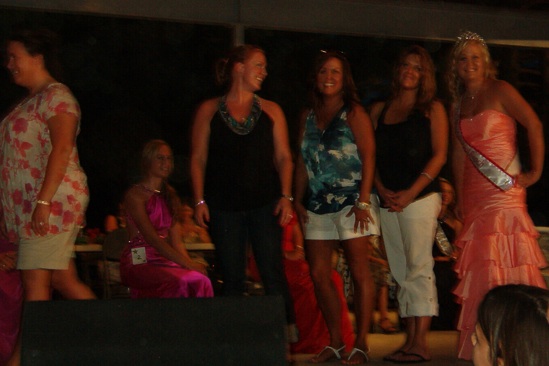 The Festival's theme for 2011 was "Now and Then" so some past Miss Potomac River Festival/Miss Colonial Beach winners took the stage with 2010's winner, Katie Pitts (pictured, right).

Go to the Miss Potomac page