Rod Run to the Beach 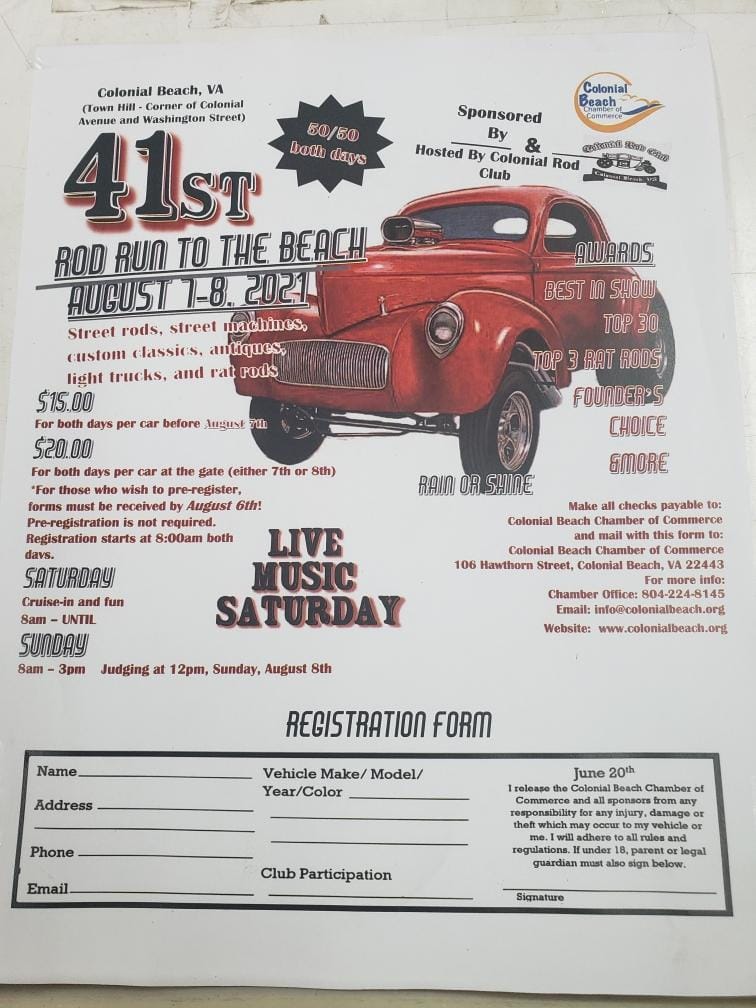 Cars galore at the Rod Run! An exciting array of Street Rods, Custom Classics and Antiques. Rain or Shine on Town Hill in Colonial Beach, Virginia.

Watch the hot rods parade through town and then get a close-up look at these fine machines once they park.

Judging takes place on Sunday and awards are usually given for things like: