Wilkersons is situated just outside of town on the waterfront along Route 205. Established in 1946, they serve up delicious seafood with a beautiful view of the Potomac River.

Closes after Thanksgiving Buffet and reopens in late January

After World War II ended, Walter W. returned to his home in Colonial Beach, where he joined his dad Herbert and his uncle Stephen in the restaurant business at the "original" establishment. Shortly thereafter, father and son struck out on their own, forming Herbert Wilkerson & Son, Inc. Together with their wives Flo and Catherine they ran a seafood and restaurant operation.

For the first twenty years in operation, they sold cooked local hard shelled crabs and picked crab meat and shucked and served local oysters. These seafood products were delivered all over the region from Baltimore, Maryland to Norfolk, Virginia and almost everywhere in between.

The seafood sales and delivery operation was phased out eventually so they could concentrate on running the restaurant.

Inside, there is a bar and large screen televisions. A large bank of windows allow for great views of the river while you're dining. At one end of the building there is a separate dining room which is suitable for private parties and other events.

The building was spared after Hurricane Isabel tore through the area in September of 2003. The Happy Clam, which stood right next door, did not fare as well.

This restaurant is known for their seafood buffets and they have a great Thanksgiving Day Buffet every year. 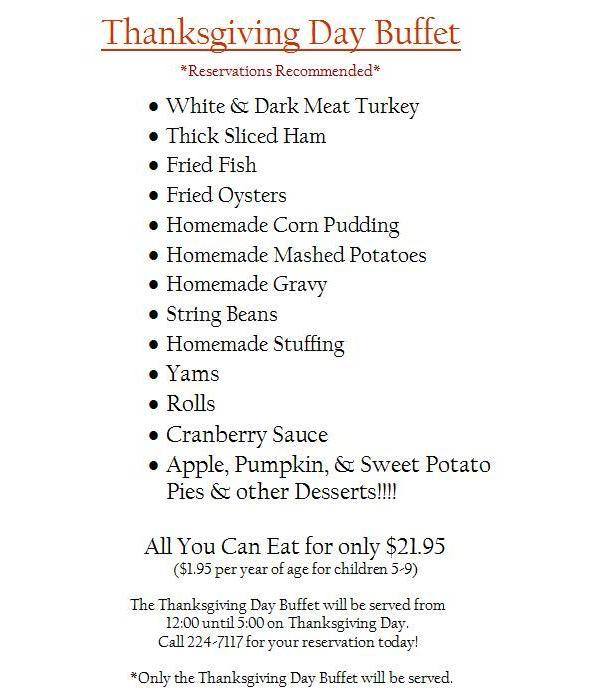 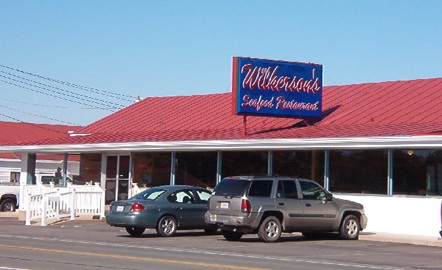 Return from Wilkersons to Restaurants