Beginning in 2014, the All Wheel Show became incorporated into the "Back to the Beach Bash" which included so many activities, including a Great Golf Ball Drop, Inflatable Horse Races, a family carnival, a golf cart

poker run, as well as food and arts & crafts vendors and a DJ. A fun event to welcome back summer! 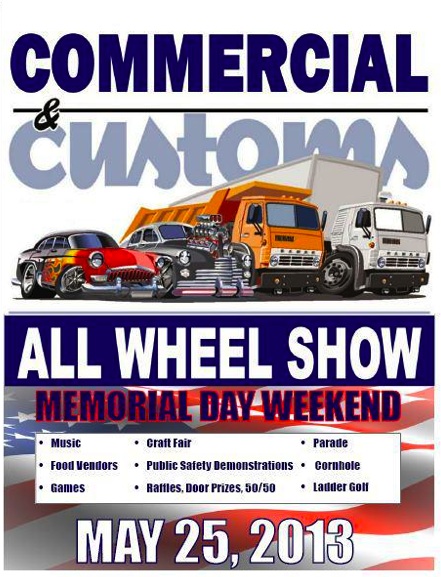 The Annual All Wheel Show on Town Hill is a fun event put on by the Colonial Beach Volunteer Rescue Squad.

What happens is people register their unique and flashy cars and show them off, parking them all over the large grassy area in the center of town, on Town Hill for everyone to see.

In addition, there are raffles, a parade, music, ladder golf, cornhole and other fun activities as part of this great event.

Return from All Wheel Show to Events