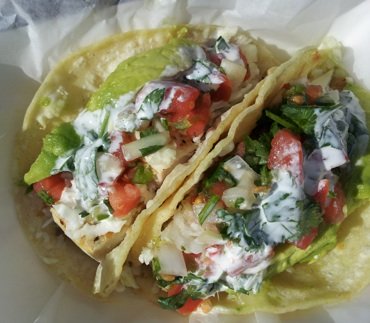 Back in the day, Densons Grocery used to be located at 118 Bancroft Ave. That shop was run by Rocky Denson's folks. Rocky and crew have re-opened in the former Sand Castles Ice Cream & Deli location on Washington Ave, and the shop is run by Rocky, wife Blaire, and sister Carole Denson Hollowell. 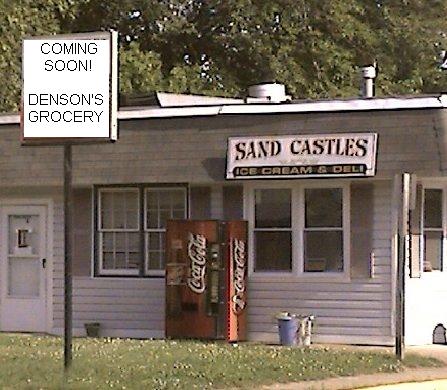 With an outside dining area, they provide a fresh water bowl and upon request you can order some tasty canine delights. 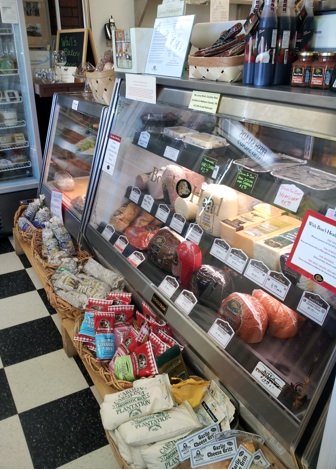 Grand Opening ceremonies in 2011 at the 1,000 square-foot shop included a ribbon cutting by mom Anne Skinner Denson, who sadly passed away in early 2013.

Frederick Denson originally opened the original shop in Colonial Beach back in 1912, and he passed the business on to Bernard and Anne in the late 1940's when Bernard got out of the Navy after World War II. He later became Mayor of the Town of Colonial Beach and also served on the Town Council.

A door from an old Densons Grocery delivery truck was located in a neighboring county not too long ago. It was presented to Rocky, and will be displayed in the store.

In 2013, Denson's added a covered patio with plastic panels for winter gatherings. They also added "R&B Oyster Bar" to their name and you will delight at these tasty bivalves.

My favorite item here is the Mediterranean Salad! It has feta cheese, olives, sun-dried tomato and more yummy goodness.

Their webpage is at: www.densonsgrocery.com and you can find them on Facebook too.