BAMM stands for Beach Arts Music Mentoring, a group that is busy enhancing the learning experiences of local children in Colonial Beach.

The group was established in 2017 and a lot of progress has been made toward their stated goal. I attended one of their early meetings and was so impressed by the talent, enthusiasm and caring attitudes of all involved. I'm so proud of them and all they have and are accomplishing!

The 2022 benefit concert event
takes place on Labor Day weekend, September 3rd on Town Hill from noon to 5:00 p.m. and features Tommy Tutone singing his legendary hit "867-5309, Jenny" from the 1980s as well as local bands, a silent auction and raffle, food and more!

I was more than happy to help out at their inaugural concert held on September 30, 2017. This was the very first benefit show they held. It took place on the grounds and the outdoor stage at the Colonial Beach Community Center.

In early 2018, they presented each of the schools with funding to be used at the principals’ discretion to benefit the teachers and students.

In April of that year, they helped sponsor the musical put on by the Elementary and Middle School.

Later that spring they set up a table at the Earth Day celebration on Town Hill where volunteers helped the kids with face and rock painting, Terra cotta clay pots were supplied and after painting they were filled with small succulents.

During that summer they took part in numerous activities on Town Hill, assisting kids with rocks, pots, and sand dollars  painting as well as face painting. They helped the kids decorate and take home notebooks for use at school, and even had the kids build and paint a whole mini town made of cardboard boxes.

On July 28 they put on the 2nd Annual Tommy Tutone Benefit concert through the combined efforts of over 65 volunteers. BAMM board members voted to donate $2000 of the profits to the Torrey Smith Rec Park.

Group members attended the Colonial Beach Schools Back-to-School day and had a table at both the Elementary and High Schools where volunteers handed out notebooks and information about the group to both parents and students.

They supported and recruited volunteers to help at the Northern Neck Beach Music Festival which was a rousing success.

Board members delivered three $1,000 checks to the school principals for use in helping teachers with classroom supplies they need or for programs they want to start. The BAMM board has voted to replenish these funds as needed.

At the homecoming football game in October, BAMM had a drawing among high school students for two new tennis rackets as well as being one of the sponsors of the new printed sports programs.

Also in October, they signed a Memorandum of Understanding with 21st Century Community Learning Centers and the Colonial Beach Schools which partnered the two groups together in the afterschool program at the Elementary and Middle Schools. Since then, they have scheduled volunteers to present programs on a variety of topics including:

During December and January BAMM and many volunteers worked with Coach Steve Swope on the planning and promoting of the Dinner/Dance with the Fredericksburg Big Band at The Riverboat for the benefit of both BAMM and the Torrey Smith Recreation Park.

The group's hard work continued in 2019!

On February 4th they held the first meeting of the High School Music Club which BAMM helped to organize. Arlene McKenzie will be facilitating the club for BAMM. The school has been including information on the meeting in their daily announcements, and there were about ten students in attendance. BAMM supplied pizzas and vitamin waters which they all enjoyed. Group leaders had them introduce themselves and relay what their interests were. Some had extensive music experience, a few were novices, and one had no music experience but was interested in learning. They were a bright engaging group who were all anxious to learn and be more involved in music.

BAMM arranged for a local photographer to go into the Yearbook class at the High School to help the kids with planning, composing, framing and cropping photographs for the yearbook.

BAMM is currently working with the art teacher in the high school on a project in which her students are going to paint mailboxes with various beach themes. The mailboxes are being purchased with the funds given to the school. When these mailboxes are finished, they will be auctioned off at the benefit concert in May.

On Feb 15th at the music club meeting, two local musicians attended and did a program for the kids on bands and playing in public performances.

Arlene is preparing a curriculum to use in teaching the music club students how to read music.

Board members met with the drama club teacher at the High School.  BAMM offered to help with costumes and props, stage and set design and building, and promotion. A call went out to the volunteer community to see if anyone had experience with backstage work at a play or musical. The costume and prop list will be published to see if folks might have old clothes or other items they could donate. 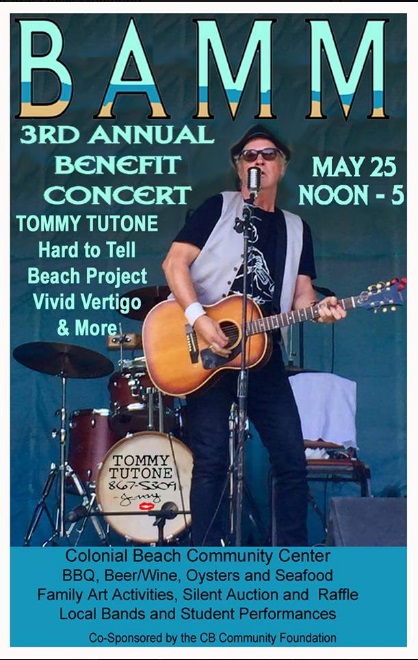 Return from Beach Arts Music Mentoring to Activities for Kids