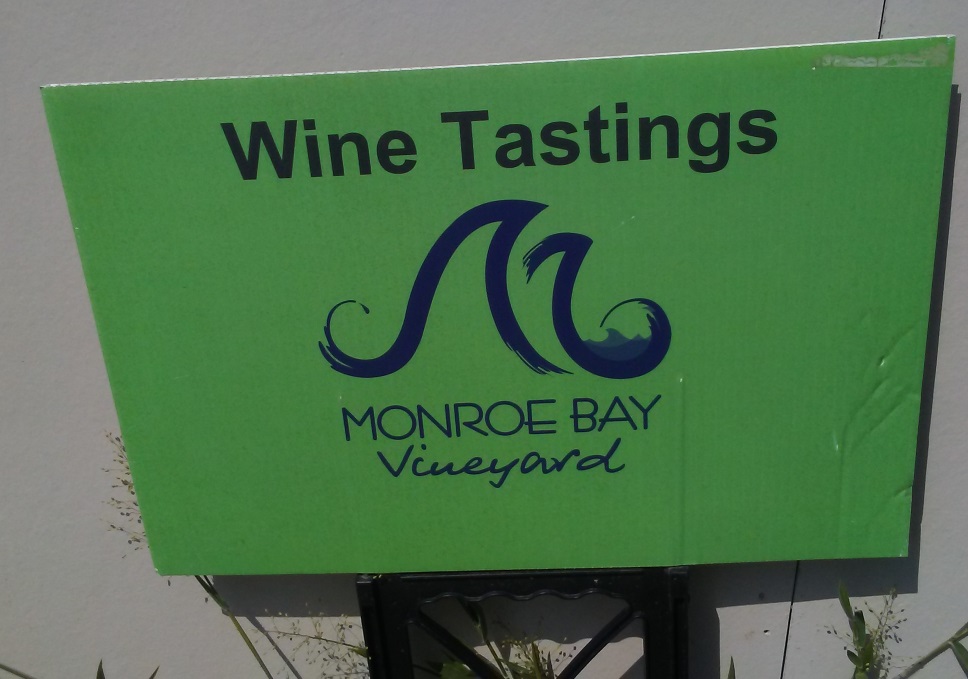 Monroe Bay Vineyard's strawbale barn held their Grand Opening recently. 4786 James Monroe Highway, Colonial Beach VA 22443 is the address and it will be open for wine tastings Saturday and Sunday from noon - 5pm all Summer long through Labor Day! 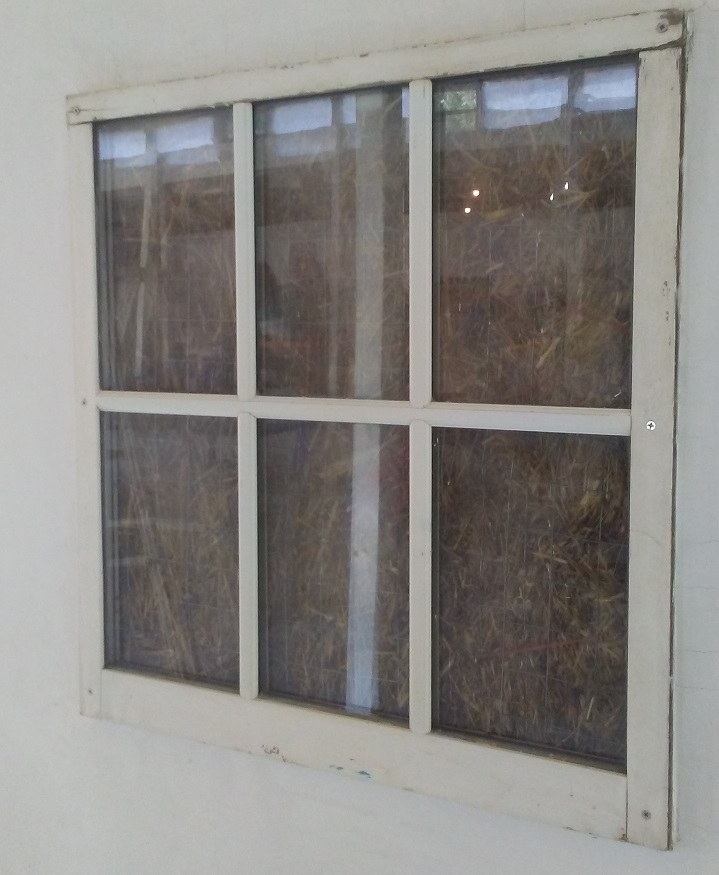 Here is a picture of a window built into the wall showing the bales of straw behind it.

The 3,000 square foot Barn is located on Monroe Bay with lots of lovely waterfront seating to sit and relax. You can take the Colonial Beach trolley or come by boat or by car from Colonial Beach. Turn at the Moose Lodge sign. The Barn is the first building on the left.

Here's a photo of the side of the building showing recycled wine bottles built into the walls. 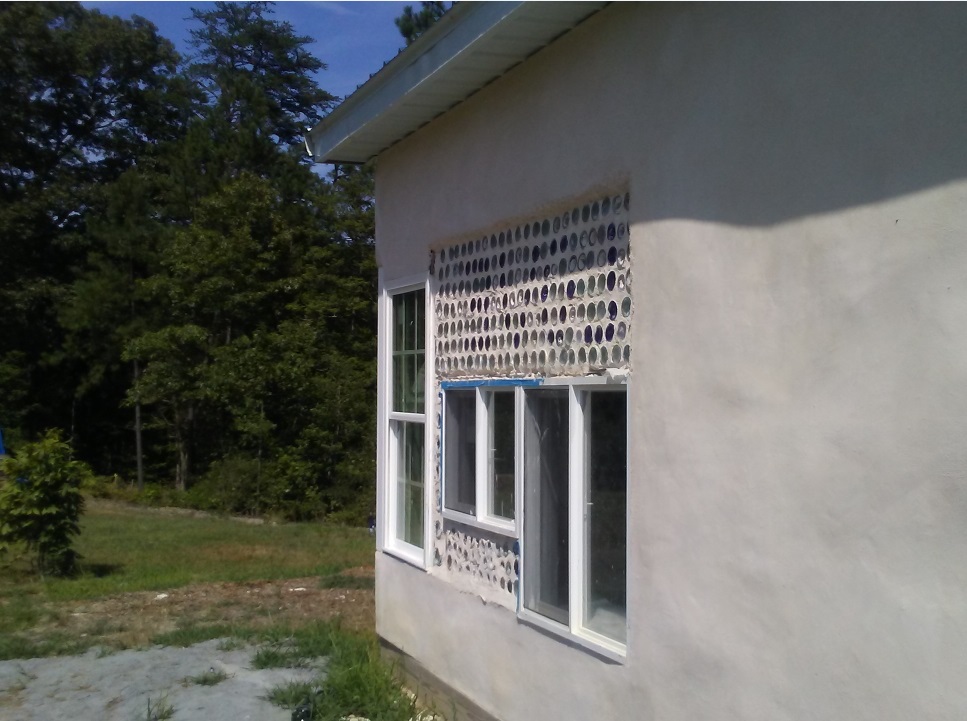 The tasting room in town at 10 Washington Ave. will still be open on Saturdays in the summer from 5pm - 8pm.

Kiki (real name Kirsten) spent time at the West Mill House in France, which she still owns, before moving to northern Virginia and making wines in her garage. Vines were planted in the Goldvein area.

Their wine bottle labels were designed by a local artist through the process of an artwork competition organized by the late art shop owner Shirley Rush. Barbara Brennan was the winner of the first contest. They plan to have one every year.

Many of their initial events and tastings mostly took place at Mosaic Central Farm Markets and in the Fairfax and Falls Church areas with some local appearances such as the Mother's Day event at the Westmoreland Berry Farm. They partnered with Stone Room Concerts to present a successful live music concert series. They also participated in the Second Friday ArtWalks here in town and more recently have had tastings at Denson's Grocery and a booth at the 2017 Wine and Oyster Festival at nearby Stratford Hall, home of the Lee's.

Their tasting room opened in the summer of 2017 on Washington Avenue just two doors down from the Library.

Their tasting room was open on Saturdays from 12 - 8 and Sundays from 12 - 5 from Memorial Day to Labor Day until the strawbale barn opened in June of 2019.

Their wines, including one of their newest, a Pinot Grigio, can also be found at various farmer's markets such as Ballston, and at local participating merchants during the 2nd Friday ArtWalks.

Their barn tasting room is set up near their newest plantings at 4786 James Monroe Highway, between Moose Lodge #1267 and the birthplace of our 5th U.S. President James Monroe. The tasting room there is constructed out of straw bales and recycled wine bottles and they appreciated patrons returning their empty wine bottles to be used for this purpose.

You can get involved in the process by participating in the harvest and even the crush as a volunteer. There's a form on their website (monroebaywine.com) where you can sign up to learn more about this as well as other events and news. 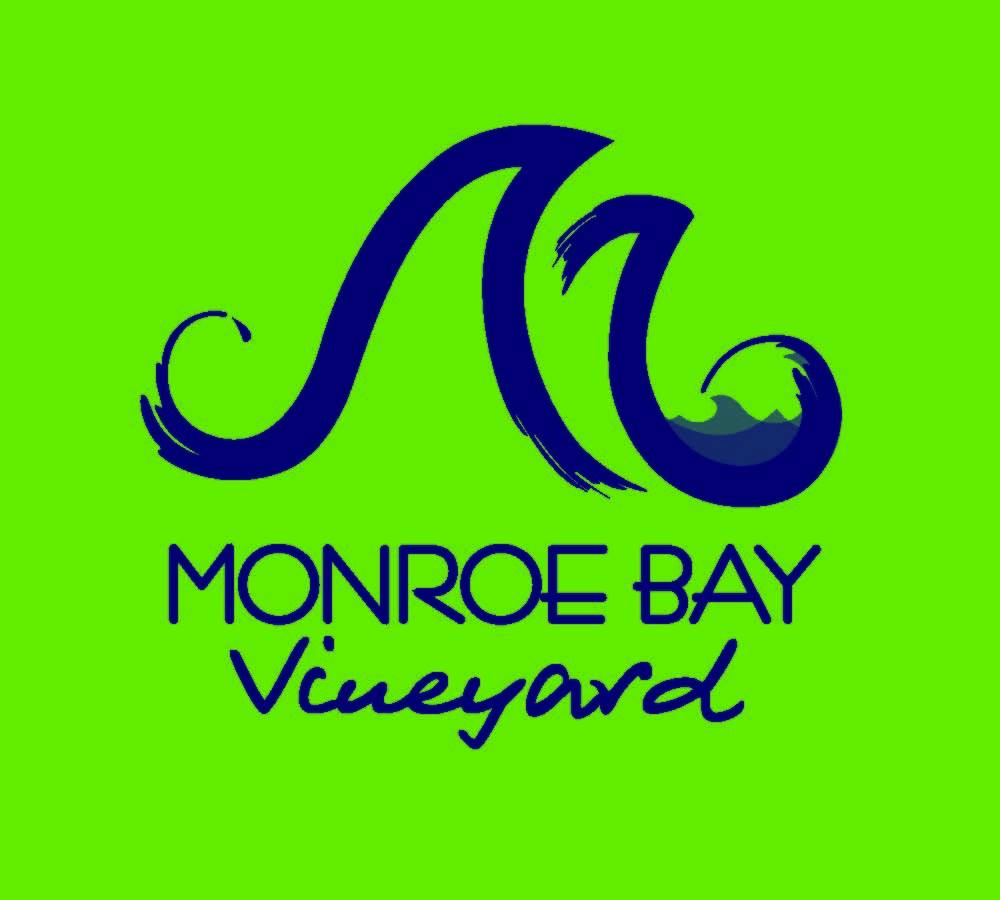